In September 1963, Porsche had presented the 911 and wanted to equip the most powerful version, the 911S, with a particularly lightweight and heavy-duty wheel. It should not be cast, but rather be a wheel forged from one piece, which was a novelty.

For OTTO FUCHS the idea of producing a light alloy wheel for Porsche was very interested. Even OTTO FUCHS was unable to use any example during the development of the wheel. The Fuchsfelge was the first undivided wheel that was not welded or riveted.

The first sketch of such a wheel was created at OTTO FUCHS on 13 February 1965. Using wood models, the intricacies of the design were discussed at a conference on 04 May 1965 at Porsche together with the team of Ferdinand Alexander Porsche, whereby Heinrich Klie is deemed the originator of the shape that was ultimately realised. The first wheels in the format 4½ J x 15 inch were put on the Porsche 911 Targa, which was presented at the IAA so as to assess trade experts‘ response to the new wheels. The response to the Fuchsfelge at the IAA was overwhelming, and Porsche ordered 5,000 wheels for the coming year on 21 December 1965. 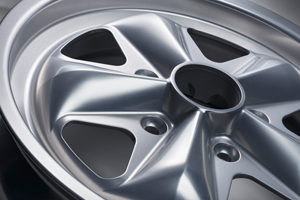 The original design was drawn up by OTTO FUCHS Only on the early Fuchsfelge: the catches on the inside served the purpose of fixation during rolling

The classic Fuchsfelge was the first forged wheel - and achieved cult status on other models, too. The following overview gives you a short inside in our model history. Porsche 911 | It was not an easy task to create a successor to the Porsche 356. However, with the 911, Ferdinand Alexander Porsche creating a design that has successfully endured to this day, having undergone only subtle improvement. 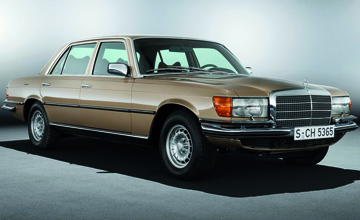 Mercedes-Benz S-Class | Mercedes underscored the claim to leadership in the luxury league with its new luxury saloon. The S-Class was particularly popular due to its dignified comfort and high level of passive safety. Audi Ur-quattro | A small off-road vehicle was the inspiration for the first all-wheel saloon: the Iltis. Its qualities during winter trips were so convincing that this led to Quattro and the triumph of all-wheel drive. BMW M3 | The new M3 was powered by a six-cylinder engine with 3.2 litres, which mobilised 338 hpThe first BMW BiColor wheel was the 19-inch forged wheel for the E46. Mini Cooper S | The new Mini Cooper S not only got bigger, but it also has more power. The two-litre, four-cylinder engine produces 189 hp thanks to the turbocharging. The 5½ J x 15 Fuchsfelge is the smallest wheel in the current manufacturing product range – and the lightest at 4.95 kg.

More Fuchs wheels
can be found in our wheel overview 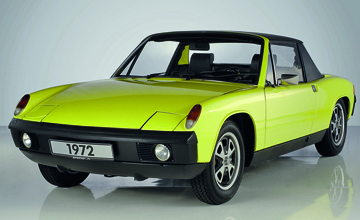 Opel Kadett GT/E | The sporty Opel coupe was only available in striking two-tone paintwork. The 1.9 litre, four-cylinder generated 104 hp. The GT/E was the base model for major racing and rally appearances. 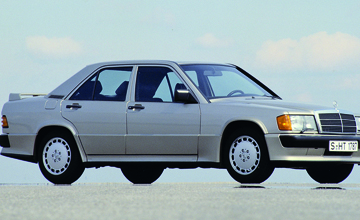 Mercedes-Benz 190 | The »small« Mercedes, the 190, had an atypical Mercedes short-cut rear area. Instead, the sedan boasted a drag coefficient of 0.33 and, by today’s standards, a sporty kerb weight of 1,170 kilogrammes. 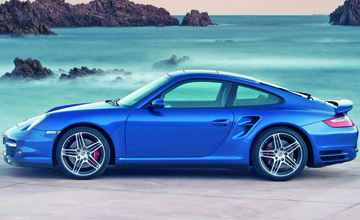 Porsche 911 Turbo | With 473 hp the sprint from zero to 100 km/h was completed by the all-wheel drive model in 3.9 seconds – thus maintaining its top position in front of the Italian sports car rivals by Ferrari. Lamborghini Gallardo | Ten cylinders, 493 horsepower and a sophisticated all-wheel drive make the mid-engine sports car a balanced driving machine. For the first time there is even ESP – a first for Lamborghini. 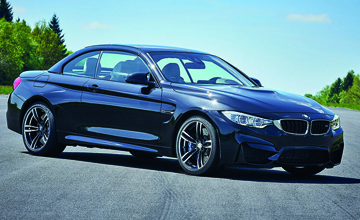 BMW M4 | The new M4 Coupe is powered by a twin-turbo, inline six-cylinder engine with three litres of displacement and 425 hp. On the Nürburgring Nordschleife, the sportiest BMW clocked a record lap in 7:52 minutes. NSU RO 80 | The NSU Ro 80 was considered the benchmark of modern car design with its sleek body and two-disc Wankel engine. However its everyday properties did not live up to this standard. BMW 7 series | BMW tried to copy the Mercedes S-Class with elaborate chassis technology and a range of technical gimmicks. The 7 Series was sporty and driver oriented, but also comfortable. Audi A8 | With the A8, Audi presented the first all-aluminium car in the luxury class. With the so-called space frame technology, Audi wanted to reduce consumption and emissions. With a 4.2 litre eight-cylinder engine and four-wheel drive, the A8 put 1,820 kg on the scales. 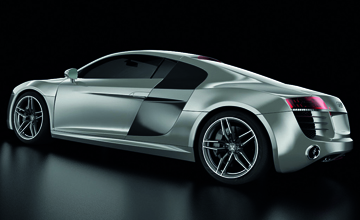 Audi R8 | The R8 was the first mid-engined sports car from Audi. The full-aluminium sports car was launched with a 4.2-litre, eight-cylinder engine, which generated 414 hp. BMW i3 | The i3 is a bold small car with an aluminium chassis and a passenger compartment made from CFRP [carbon fibre reinforced plastic]. The city car is fitted with forged wheels made by OTTO FUCHS and only by OTTO FUCHS. Renault Alpine A110| With the new edition of the legendary Alpine A110, the Renault brand is reviving its sporty side. The two-seater weighs in at only 1,080 kg and generates an impressive ouput of 252 hp.